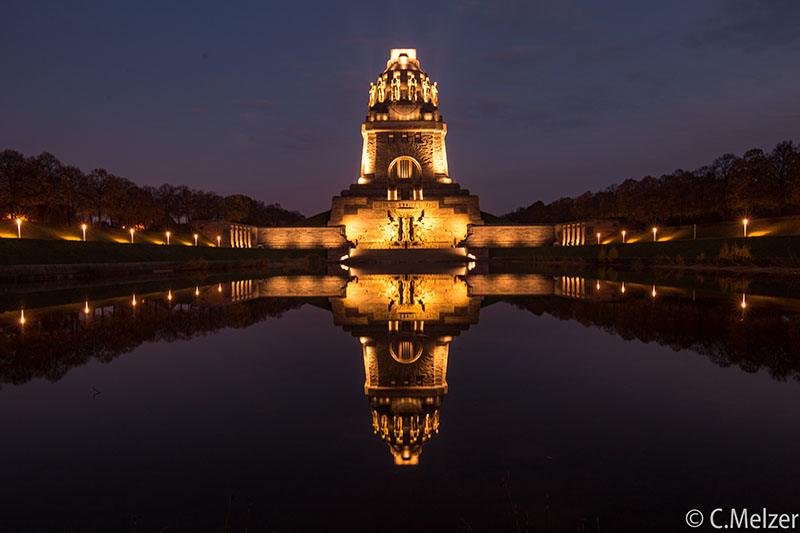 The spirit of the city which for centuries has been a source of fascination for tradesmen, entrepreneurs, academics and artists alike. Leipzig sets itself apart with its unique interplay of tradition and innovation, dynamism and development, entrepreneurial and founding spirit. Experience a city which has contributed to European musical history like no other, with exceptional composers including Bach, Mendelssohn Bartholdy, Schumann and Wagner. The many cultural attractions that Leipzig has to offer, the stunning Wilhelminian architecture, numerous shopping arcades and the hospitality of the people of Leipzig provide the perfect setting for your event. Leipzig is located in the east of Germany, in a low-lying area in the north-western part of Saxony by the rivers Elster, Pleisse and Parthe. Its average altitude above sea-level is 118 m. Leipzig currently has about 585,000 inhabitants. The city covers an area of 297.6 km2 and enjoys a generally relatively mild climate. The annual mean temperature is between 9 and 11 degrees Celsius.

Getting there and getting around

Leipzig/Halle international airport links Leipzig directly with Paris, Vienna and Moscow, with the major international hubs at Frankfurt am Main, Munich and Dusseldorf and with the airports in Stuttgart and Cologne/Bonn. A lot of further destinations in mainland Spain and Portugal can be reached via this hub. The city centre is just 15 minutes away from Leipzig/Halle Airport by public transport or 20-30 minutes by taxi. Leipzig is also on Deutsche Bahn’s high-speed rail network and can be reached by direct train from Hamburg in three hours, from Frankfurt in three and a half hours and from Berlin in one hour. There are fast and convenient train connections to Leipzig from many major European cities. Rail travellers arrive right in the heart of the city. Moreover, the city is located at the intersection of three major motorways (A9, A14 and A38). Many of the hotels and attractions in the centre of Leipzig are only a few minutes’ walk apart. Awell-structured network of metropolitan trains, trams and buses will take you to all parts of the city and the surrounding area at any time of the day or night. 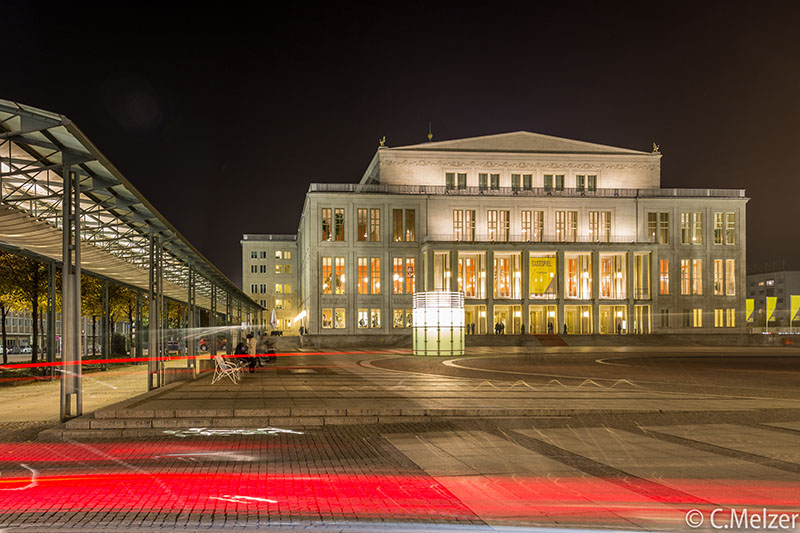 Since the reopening in 2014 the »Salles de Pologne – Events and Conferences« are nowadays a highlight and absolute jewel in Leipzig. Showpieces of the building are the two pompous festival ballrooms on the first floor and the conference center on the fifth floor which are now called »Salles de Pologne« in memory of the tradition. The »Salles de Pologne« are situated directly in the city centre and thus easily available from all start points.

St. Thomas Church (where Johann Sebastian Bach was employed for 27 years as organist and choirmaster)
St. Nicholas Church (rose to fame in 1989 as the cradle of the Peaceful Revolution)
Gewandhaus Concert Hall
Mädler Passage (the city’s most exclusive shopping arcade)
Auerbachs Keller (this tavern was immortalised in Faust by Johann Wolfgang Goethe, the father of German literature)
Café-cum-restaurant “Zum Arabischen Coffe Baum” (one of Europe’s oldest coffee houses)
Museum of Fine Arts (owns one of the most prominent collections of art in central Germany)
Monument to the Battle of the Nations (affords a magnificent view of all Leipzig’s sights and parks and is the tallest monument in Germany)
Moritzbastei (Europe’s biggest student club)
Drallewatsch pub mile
a boat tour along the Karl Heine
Canal through the quarter of Plagwitz with its industrial architecture from the beginning of the 20th century, nowadays housing loft apartments, art galleries and a very special atmosphere

Town charter and market rights granted in around 1165
Population: about 585,000
Travel: by air: Leipzig/Halle Airport; by road: A9 (Berlin-Munich), A14 (Dresden-Magdeburg), A38 (southern bypass); by rail: Intercity and other services (including night trains)
Dialing code: 0341 within Germany; +49 341 from abroad

Leipzig is situated in the continentally influenced interior lowlands; at the beginning of October daytime temperatures are about 10° C.

Leipzig is also a paradise for gourmets. For centuries, locals and their guests have enjoyed a host of culinary specialities ranging from the „Scheelchen Heeßen“ (coffee, the Saxon national drink) and the vegetable dish „Leipziger Allerlei“ to „Leipziger Lerche“ cakes and „Leipziger Gose“, a unique type of beer. Leipzig’s traditional restaurants, modern bars and cosy cafés are great places to enjoy an excellent meal, a good chat, a cup of coffee, or simply to watch the world go by. 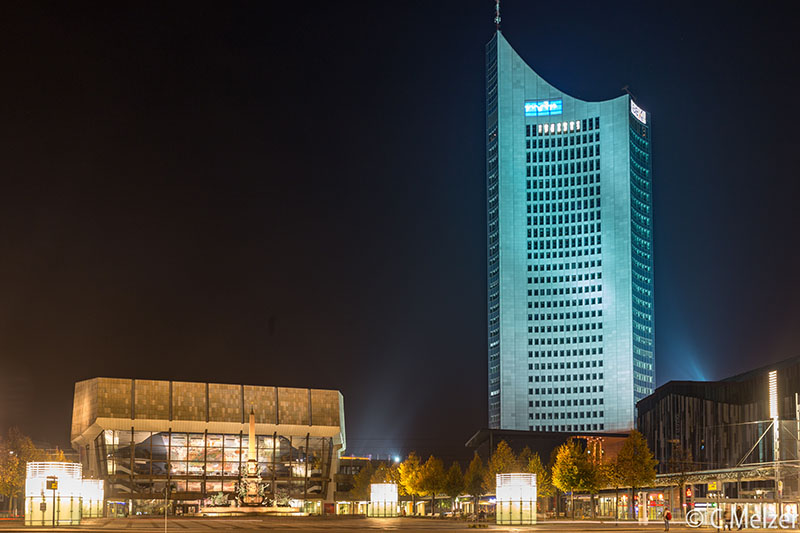 In the early 20th century, Leipzig became the world’s leading trade fair centre. The architecture in Leipzig’s city centre continues to be dominated by old commercial and exhibition buildings, with most of the buildings reflecting the wealth and power of commerce in past eras. Leipzig is also famous for its beautiful arcades. Many of them have been elaborately restored in recent years and now radiate new splendour. Nowadays many small, exclusive shops alongside superlative restaurants and bars provide a unique atmosphere for shopping, browsing, or simply enjoying a stroll. Thanks to its compact size, variety of functions and a superb blend of shopping, the arts and eating out, it is well on the way to becoming one of Germany’s most attractive city centres. In addition to being the gateway to the city centre, the recently restored Leipzig Central Station combines the atmosphere and charm of central Leipzig with the international air of Europe’s biggest railway terminus. With over 140 shops and eateries, the shopping mall at Leipzig Central Station reflects the diversity found in the main shopping area with the added bonus of protection from the elements. Another attraction is that many of the shops are open until 10pm.

This website uses cookies to improve your experience while you navigate through the website. Out of these, the cookies that are categorized as necessary are stored on your browser as they are essential for the working of basic functionalities of the website. We also use third-party cookies that help us analyze and understand how you use this website. These cookies will be stored in your browser only with your consent. You also have the option to opt-out of these cookies. But opting out of some of these cookies may affect your browsing experience.
Necessary immer aktiv
Necessary cookies are absolutely essential for the website to function properly. This category only includes cookies that ensures basic functionalities and security features of the website. These cookies do not store any personal information.
Non-necessary
Any cookies that may not be particularly necessary for the website to function and is used specifically to collect user personal data via analytics, ads, other embedded contents are termed as non-necessary cookies. It is mandatory to procure user consent prior to running these cookies on your website.
SPEICHERN & AKZEPTIEREN